Since 2016, Aveo residents and staff at their 94 communities have banded together each October to raise vital funds for breast cancer research with their fundraising efforts generously dollar matched by Aveo Group.

The $1 million achievement was celebrated with a thankyou event at Aveo Durack on 9 December, where more than 20 residents were on hand to enjoy morning tea with PA Research Foundation Chief Executive Officer Damian Topp and Associate Professor Fiona Simpson from the University of Queensland's Diamantina Institute, whose work has benefited greatly from Aveo's fundraising efforts.

Also present to help mark the occasion was PA Research Foundation media partner Channel 10, who featured the thank you event and the acknowledgement of the $1 million over five years with a story on that evening's news. 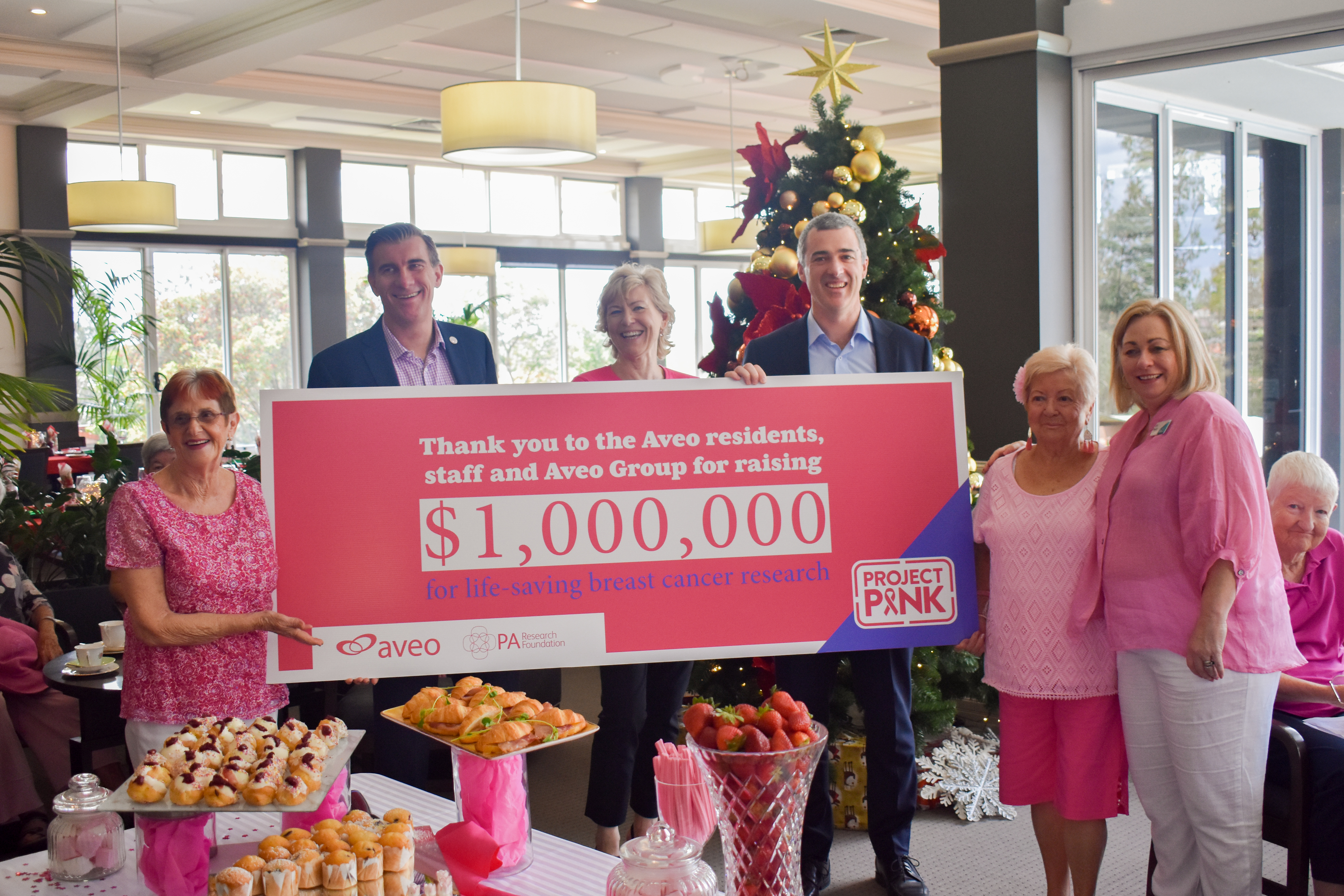 PA Research Foundation Chief Executive Officer Damian Topp said Aveo has been a significant contributor to the work of Associate Professor Fiona Simpson's Simpson Lab at the University of Queensland.

"The Simpson lab's recently completed Phase 1B dose-escalation trial demonstrated the combination therapy they've developed is safe and could significantly help the immune system target cancer cells and kill them, this includes breast cancer," he said.

"Aveo's early support for the Simpson lab allowed the team to focus on predicting which patients to give drugs to, now their funds will be put towards the lab's long-term vision.

"That vision is focused around working out what happens afterwards to provide a long-term response so that response can be triggered in everybody who has breast cancer, and ultimately work towards cancer vaccines that kill tumours and give long term immune responses."

Mr Topp said Aveo's commitment to Project Pink is a cornerstone of the campaign which enables the likes of A/Prof Simpson and her colleagues to focus on work that gives hope to cancer patients.

"Knowing there are more than 90 communities across Australia who rally each year to raise funds for breast cancer research is inspiring to us and to our researchers. The value we place on our ongoing partnership with Aveo Group and every dollar raised by the residents is immeasurable.""Aveo's ongoing support of Project Pink has already had a huge impact on breast cancer research and we can't thank Aveo Group and all of the residents and staff enough."

You can check out Channel 10's coverage of the thank you event here.