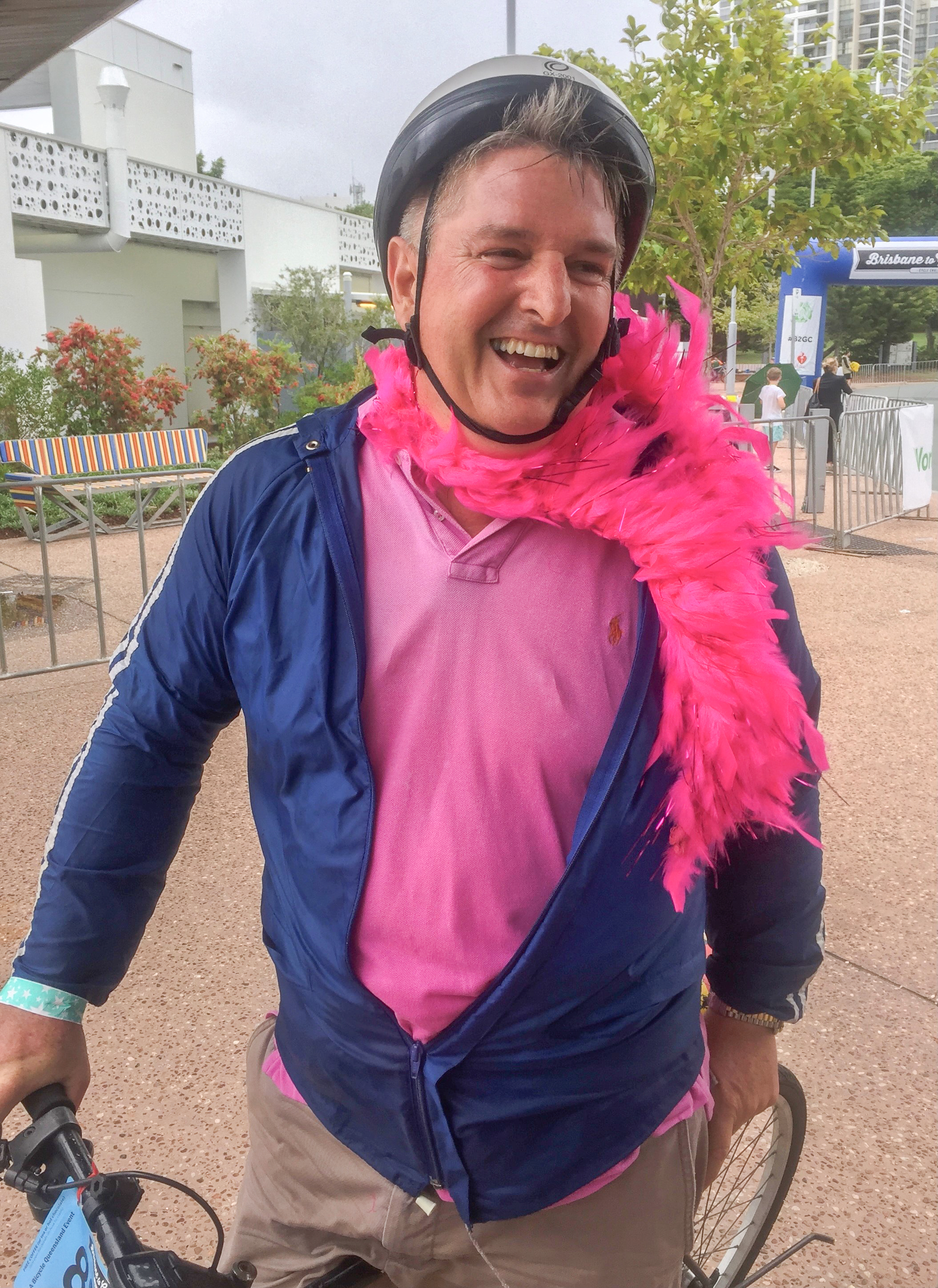 Once a year Stephen Turner gets on his bike and rides dozens of kilometres for a good cause, PA Research Foundation's breast cancer campaign Project Pink.

Each year for the past three years, when the Brisbane to Gold Coast cycling ride comes around Stephen grabs his bike and takes on the 100km event to raise funds for breast cancer research. With Covid-19 putting an end to that streak of annual rides, Stephen decided to take on a new challenge – riding 200kms in October, which is breast cancer awareness month.

The Hope Island resident, 56, has been completing both physical rides around the Gold Coast and virtual rides in his home to reach the 200kms. Supported by his colleagues and his employer Aveo Group (also a Project Pink partner) and his friends and family, Stephen is set to surpass more than $10,000 in funds raised since he started riding four years ago.

"I started cycling, really, for the PA Foundation's Project Pink. The first year was on a mountain bike, and then I found it so hard I went out and bought a better bike," he said.

"The first two years, we had very, very bad weather for the Brisbane to Gold Coast ride, so the third year they moved the ride to September, for better weather, so it wasn't as wet, but then it still rained, the first few years, basically it rained the whole time.

"How I have raised funds is by asking my colleagues at Aveo to help with the donations and the sponsorship, members of staff, or management, and third party providers."

Though his family has not been impacted by breast cancer, several of Stephen's family members have passed away from other forms of cancer which, has helped spur him on as he clocks up the kilometres on the bike.

"I just look at it as a great cause and a great opportunity and a bit of a way of giving something back, firstly to Aveo, and also more importantly to the PA Foundation. I'm not a regular cyclist. I don't get up every morning in the other 11 months of the year and cycle 20 or 30 kilometres," he said.

"On my father's side, my father and grandfather's brothers all died of some form of cancer, one way or the other. I just look at it as a great cause and a great opportunity.

"Anytime I can help out with the PA Foundation, particularly with breast cancer, I think it's a good opportunity.

"What keeps me going despite the pain and exhaustion I go through, as I said, I'm not a cyclist, is knowing that this is nothing compared to the pain people are going through with breast cancer and any cancer really, it just keeps me motivated." 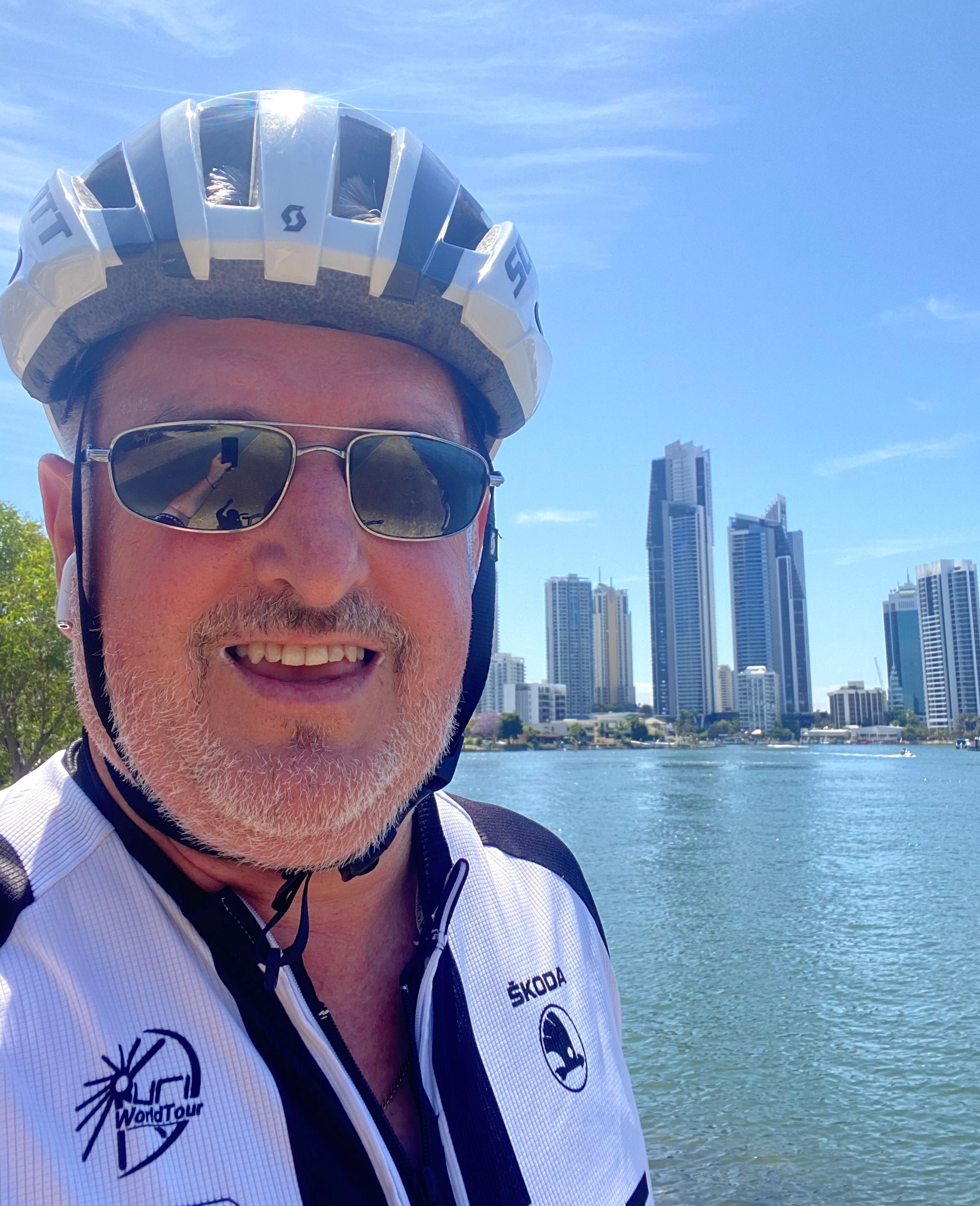 Stephen said knowing that he can help fund vital breast cancer research inspires him to get back in the saddle each year, adding that once he has set his mind on something he goes after it, like the 200kms he has registered this year.

Helping him to achieve the $1250 required to pass the $10,000 mark of total funds raised to date, Stephen also rode to a number of Aveo villages on the Gold Coast where residents held fundraising morning teas.

To hold himself accountable and also show each person who donates to his fundraising efforts Stephen tracks and logs each of his rides, posting regularly to social media so that his family, friends, and colleagues can follow along.

"I've lived here for over 30 years. I always say, English by birth and Australian by choice. But my family in the UK, my mother, in particular, has involvement with cancer and has cancer, but not breast cancer. But all my family get involved in some form or other," he said.

"I post on Facebook, which is important to keep everyone up to date. I have a number of my family and their friends get behind it as well."